info@yenlo.com
Home / News / Containers are becoming the Lingua Franca of the cloud
Share

Containers are becoming the Lingua Franca of the cloud 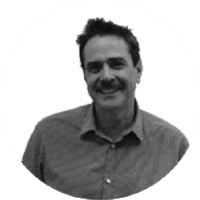 As a CIO you may be wondering if this “Container” fad has legs or may go the way of some other fads. Are containers just another piece of technology you will have to worry about maintaining 10 years from now and wish you hadn’t gone down this path?

Docker the leader of the pack and right now the only real player in this market is experiencing the most growth ever for any startup ever. In the 2+ years since inception it has now got 2 billion pulls (2 billion containers) delivered using the docker framework. The rate of pulls is doubling every 3 months. (This is as of March 2016.)

You may doubt the incredible enthusiasm around the container buzz right now. This would be wrong.

Containers is not a new thing. Ever since Linux cgroups many years ago the ability to build lightweight containing technology existed and was used by some people. The enthusiasm around containers arises because it solves a number of critical problems and has become a standard. Virtually everyone packages things in Docker now. By doing so they create an easy way for others to use their technology, much easier than ever before. It is simply a matter of issuing a single docker command to spin up virtually any docker instance of a container in less than 1 second.

You can find 170,000 containers of virtually anything in docker hub. Virtually all IaaS, PaaS and systems including Microsoft are now supporting or will support Docker containers. It becomes by far the simplest way to get something up and running. Several companies have made a living helping you startup docker containers but I hate to say I don’t think that just starting a docker container for you is any great help.

These companies don’t solve the problems of using any software or really any problem of using docker. Nonetheless here are the lists of advantages and drawbacks to containers.

Containers have the following advantages and disadvantages:

Most of these disadvantages can be overcome with some automation and intelligence.

The container revolution means a lot of things are possible that were much harder than before.

The common interface for containers means that managing services has become immensely easier in one sense but this also means a proliferation of services makes this problem larger. What a developer or DevOps engineer could do to create a virtual machine is now done by 10 containers. The ability to spin these containers up fast and in replicas easily means that you may have 100 containers running before you know it.

A DevOps person cannot configure and manage so many containers. Containers need to be operated “automatically.” DevOps automation therefore becomes essential. You must consider the cost of writing this automation and maintaining it as part of your code base for your applications.

Many of the same technology problems we’ve had forever are still problems with Docker or containers.

Nonetheless, Docker does make life a lot easier in many ways and there are ways to address some of the deficiencies of the success of Docker go away. As you know we are Premier Partner of WSO2 so if you have any questions about using Docker in combination with WSO2, let’s say “How to Dockerize WSO2 with Docker?” please contact us.

If you have questions about this blog contact us via the comments section below. View also our other webinars or whitepapers for more technical information.

John Mathon is Yenlo’s Vice President of Strategy. He has founded TIBCO, where he was responsible for the complete integration technology stack of TIBCO software. He invented publish/subscribe and has 10+ patents in messaging, security, content management and file systems. After working for TIBCO, he became Vice President of Computer Associates and Vice President Product Strategy at WSO2. John Mathon is a well-known keynote speaker at universities and international conferences.

All blogs by John