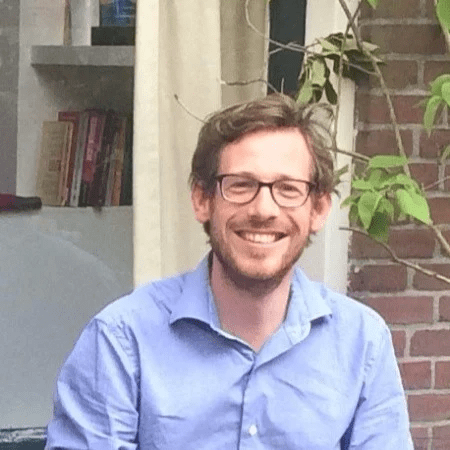 In this episode of our WSO2 tutorial: WSO2 products use configuration files to store all kinds of settings. This includes the administrator password in the user-mgt.xml file. If you want to use WSO2 beyond the test phase, this is one of the things that we recommend you need to change.

WSO2 products use configuration files to store all kinds of settings. This includes the administrator password in the user-mgt.xml file. If you want to use WSO2 beyond the test phase, this is one of the things that we recommend you need to change.

It is recommended in a production setup. WSO2 provides a secure vault implementation that encrypts passwords, stores them in the registry, maps them to aliases and uses the alias instead of the actual passwords in configuration files. At runtime, the WSO2 product looks up aliases and decrypts the passwords.

Please note that the secure vault is unable to encrypt the passwords of registry resources at the moment.

Luckily, WSO2 (or rather WSO2 Carbon on which all WSO2 products are based) is shipped with a Secure Vault implementation (a modified version of synapse Secure Vault). This will enable you to store encrypted passwords that are mapped to aliases.

The config files will not show the actual passwords but an alias that will be substituted at runtime by the decrypted password. This, of course, will strengthen the security.

Elements of the secure vault

Some of the important elements in the secure vault implementation, which are used in Carbon products for encrypting plain text passwords, are as follows:

Secret Repository: This is used to store the secret values (encrypted values). The cipher-text.properties file, located in the <PRODUCT_HOME>/repository/conf/security folder is the default file based secret repository used by the Secret Manager in your Carbon product. Note that, currently, Secure Vault only implements file based secret repositories. The Secret Repository stores aliases vs. their actual secrets in encrypted format (encrypted via a key in KeyStore). Any secret repositories can be written by implementing the SecretRepository and SecretRepositoryProvider classes. See the topic on creating custom secure vault configurations: https://docs.wso2.com/display/Carbon420/WSO2+Carbon+Secure+Vault#WSO2CarbonSecureVault-CreatecustomSecureVaultconfiguration.

Secret Callback: This provides the actual password for a given alias. There is a SecretManagerSecretCallbackHandler, which is combined with Secret Manager to resolve the secret. Any callback can be written by implementing the SecretCallbackHandler class. See the topic on creating custom secure vault configurations.

Shutdown the server if it is already running and open <PRODUCT_HOME>/repository/conf/security/cipher-tool.properties file.

It contains all the aliases to different server components.

Note that the file has several aliases already defined as the alias name and the value where the value is <file name>//<xpath to the property value to be secured>, <true if the XML element starts with a capital letter>.

Uncomment the entries you want to encrypt. You will see that standard a number of entries are already uncommented. Running the ciphertool.bat will encrypt all (matching uncommented passwords.

Open <PRODUCT_HOME>/repository/conf/security/cipher-text.properties file, which maps the default alias to their plain text passwords in square brackets. Uncomment the ones you want.

Get the cipher tool from the <PRODUCT_HOME>/bin folder. This script reads the aliases, encrypts their plain-text passwords, and stores them in the secure vault. If you are using the default primary KeyStore, give wso2carbon as its password when prompted.

Tip: By default, the primary KeyStore, which is <PRODUCT_HOME>/repository/resources/security/wso2carbon.jks is used as the secure vault. If you want to use another KeyStore or a custom callback class to handle decryption, modify the<PRODUCT_HOME>/repository/conf/security/secret-conf.properties file as described in WSO2 Carbon Secure Vault in the WSO2 Carbon documentation.

Note that the configuration files are automatically updated with the relevant password alias after running the cipher tool. For example, as the Carbon.Security.KeyStore.Password property is uncommented in this example, after you run the cipher tool, the plain-text password in<PRODUCT_HOME>/repository/conf/carbon.xml file will be replaced by the alias as follows.

Tip: As you encrypted the primary keystore’s password in this example, you are prompted to enter the primary KeyStore password every time you start the server.

The following are a list of commonly encrypted passwords and possible aliases:

Jan has worked in the field of IT and engineering for 10 years and has extensive experience with WSO2 ESB, API and IS and Java development. He is a certified WSO2 expert. He is a lead developer within MDC, Yenlo's integration platform connecting organizations to administrations of the Dutch central government.

All blogs by Jan

Prev
iBeacon testing ground uses first LoRa network in the world
Next
WSO2TORIAL: Migrating the APIs to a Different Environment