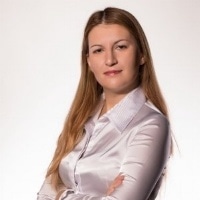 As a java based product, the WSO2 ESB / WSO2 EI multimodule project can be built with Maven. Maven Multi Module projects contain multiple modules with each their own pom file. We use Maven in continuous development, which gives extra management to a project, and the possibility to have it as a part of a bigger project. In this blog I will tell you more about it.

For an ESB development, we use sub-projects of type carbon archive, esb and registry. We can also add custom mediators, custom java projects, as well as test (sub)projects.

Let’s dig in to version management.

By default, versions in eclipse consist of 3 parts, major, minor and bugfix version components, i.e. 1.0.0. It is possible your projects to have 4 parts in a version. In the following examples, I will use a 4-part version number, such as 1.0.0.0. With the maven versions plugin we are able to change the artifact version of all pom.xml files involved in this project. The following command is used to set the new version from any version to 1.2.3.4:

After execution of the command, the version of the parent project and all sub-projects is set to the new value.

The project version in all pom files are changed.

In WSO2 esb and registry project there is a file named artifact.xml which contains the artifacts within the project (sequence, template, registry resource). All artifacts have their own version.

Artifact.xml in the registry project

In case you do not see the artifact.xml in Eclipse Project Explorer

In the default WSO2 Developer Studio for Eclipse, artifact.xml files are not visible. You can see them in file system, or in Navigator perspective, and since you need to be aware of those files, you can customize the view in Eclipse as follows:

When you create a new artifact using WSO2 Developer Studio, the version of that artifact is taken from the project pom at the moment of the artifact creation. If we increase version of the project through Maven, the versions in artifact.xml file are not changed automatically. We want to have the matching version numbers between the maven project and the artifacts like a sequence and any other artifact when we build a project.

We will achieve update of the versions in the artifacts with these 2 steps:

Change version of the dependency artifacts in the car pom

It is easy to use the variable ${project.version} in the version element of the dependency.

Maven-antrun-plugin should run on the phase validate, because after this phase, the artifact.xml file is used by the wso2 maven plugins to complete the build.

The ant task should have a regular expression for finding version-attributes with a version number. The substitution expression should be the replacement of that attribute value with the project’s version number.

Executing the command mvn clean install after the version increase (mvn versions:set _DnewVersion=1.2.3.4) will change all artifact versions to the new version which confirms compliance of our code with the latest version number from the main pom file.

Versions matching the above regex patterns are:

The substitution pattern is

Notice the empty space at the beginning, the escaped sign for quote &quot; and the parameter ${project.version} which is the version of the main project.

Jenny Sladjana Gligorovska is an IT expert with 12+ years of experience in enterprise environments developing projects in Telecommunication, CRM, e-Commerce, Payments, Geographic Information Systems and various Governmental fields. Within the development of complex systems, Jenny has been in roles such as Software Architect, Project Manager, Team Leader, and always to the bottom of it: a Developer.

All blogs by Jenny