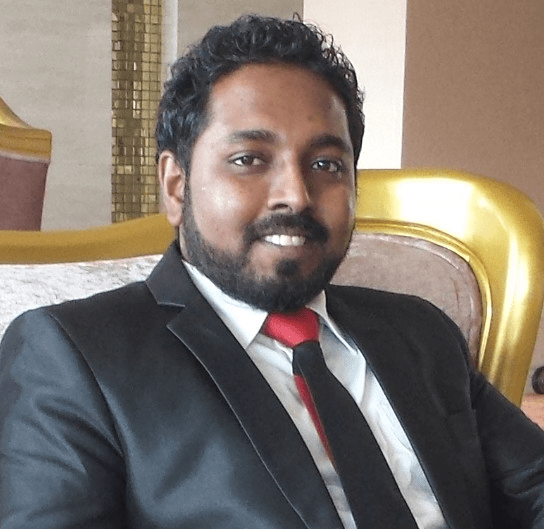 WSO2 API Manager is a product that allows API providers to design publish and manage the lifecycle of APIs and API product managers to create API products from one or more APIs. It focuses on solving the most changing API management requirement such as API provisioning, API governance, API security, and API monitoring. WSO2 API Manager consists of two design-time components named as Publisher Portal and Developer Portal, on the other hand, it consists of three run time components named as API Gateway, API Key Manager and API Traffic Manager and one pluggable component of API Analytics.

AWS lambda lets you run code without provisioning or managing servers in the AWS cloud. AWS lambda allows us to run our code in response to events, such as changes to data in an Amazon S3 bucket or an Amazon dynamo DB table or invoke your code using API calls made using AWS SDKs. With these capabilities in AWS, WSO2 API Manager uses the AWS SDK to call the lambda function using API calls to provide this feature.

When a new API is being created in the API publisher, we can configure the AWS lambda connection setting by adding an AWS lambda endpoint to the created API.

As AWS SDK is used to call the lambda function it needs credentials for authorization/authentication. The Access method tab allows us to define which method of credential is going to be used. It can be either a stored access key and secret or, if the API Manager is running is hosted on an AWS EC2 instance that has a permission to call AWS Lambda function, the IAM-role supplied temporary credentials.

Here you can find more information about IAM roles

The resource page allows configuring which HTTP method to use in our API, context path of our API, and the lambda function name. Also, there are some other settings related to the SDK we could use to optimize the lambda request. One such parameter is a timeout value that can be used to set the lambda request timeout.

Once the configuration is done, we can save and publish and consume the API in the usual way.

API security has become an important concern in recent times as organizations are more cautious about exposing raw, sensitive data via APIs. Therefore, it is important that APIs adhere to the OpenAPI specification (OAS) to ensure API security.

WSO2 API Manager has integrated with 42Crunch, the only enterprise API security platform, to bring in the ability to conduct a security audit on the OpenAPI specification definition of your APIS and to obtain an audit report for the same.

To get an audit report from 42Crunch for your OpenAPI specification you should first configure the API Manager to connect with 42Crunch. This configuration involves the below steps;

There are four sections in the audit report.

Here you can find more information about this API Security feature

API categories allow API publishers to select a category for the API so that when the API is published, the API will be categorized in the developer portal. It will appear as clickable links to the API consumers. In previous versions of API Manager categorization is achieved via the tags but when tags were defined, those needed to follow specific naming conventions. In the new version of API Manager categories can be defined without considering the naming convention from WSO2. The APIM administrator can now define category names using the admin dashboard.

Here you can find more information about API Categories

AI-based Recommendations for the Developer Portal

Here you can find more information about API Recommendations

WSO2 API Manager provides the prototype API feature where an API publisher can use the inline script to prototype the API. It will allow API publisher to get feedback from API consumers and also API consumers do not need to subscribe to the prototype API to consume it. In earlier release of API manager prototype API was presented with a default script which then had to be edited in order to allow the resource to return a response. This meant that the inline script of each resource had to be edited manually.

In this release the script of the prototype API is equipped with mock payload generation. According to the API definition, response code and the payload type the mock script is automatically generated. Furthermore, inline scripts of each resource can be further enhanced by users to suit the required outcome better. There is a list of inline script methods available to access the Synapse context predefined in a script variable named mc.

Once the generated mock payload scripts have been saved, the API can be deployed as a prototype.

This API Manager release comes with a new GraphQL user interface to try out GraphQL APIs. This new UI supports full GraphQL specification such as queries, mutations, subscriptions, fragments, unions, directives, multiple operations per query, etc. It can be considered as a web-based IDE for GraphQL as it also provides interactive schema documentation, real-time error highlighting and reporting for queries and variables. Automatic query and variables completion automatically adds required fields to queries and there is query history available using local storage.

Here you can find more information about this GraphQL feature

The Kubernetes operator is an extension for Kubernetes that greatly simplifies the deployment of APIs in a Kubernetes cluster. It makes APIs a first-class citizen in the Kubernetes ecosystem. Similar to deploying microservices, you can now use this operator to deploy APIs for individual microservices or compose several microservices into individual APIs. The API Manager integrates with service meshes and provides a full-fledged management plane and control plane for managing, monitoring, and monetizing APIs and API products. The operator supports deploying recommended deployment patterns in Kubernetes. Introducing a new Custom Resource Definition called API Manager to efficiently and easily deploy patterns and the custom pattern in Kubernetes.

This new APIM release also incorporates improvements and new features to the micro gateway which is part of the API Manager product. In this section we’ll highlight these.

Tracing helps in identifying issues that can occur during the request phase. It provides insights to isolate which components are involved. New microgateway supports open tracing standard which breaks down the request flow through the microgateway during different phases such as authentication, authorization, throttling, backend service, responding to the client, etc. Per default Jaeger is a supported tracing system for this.

Here you can find more information about the API tracing feature

The latest release now supports to implement the interceptors using Java language whereas earlier release supports only Ballerina language.
An interceptor can be used to manipulate the request or response before it is sent to the backend. Once the response comes back from the backend thena response-interceptor can be used to manipulate the response before its returned to the client.

Here you can find more information about the microgateway new features

Admin dashboard support to export the API usage report as a PDF format for a period of a month.

The analytics dashboard provides the widget generation tool which may use to develop a custom widget in your dashboard.

New release has a feature to view GraphQL analytics. Analytics can be filtered with GraphQL operations within the same API.

These are the new features of WSO2 API Manager 3.1.0. If you want to learn more about API Management in general, download our Advanced API white paper. For specific questions about this blog, leave a comment below!

Sajith is a passionate, hands-on integration consultant in Yenlo with over 7 years of experience in designing, implementing, and integrating business infrastructure and applications for multiple technologies. He is passionate about advanced cloud technologies.

All blogs by Sajith