Introducing the Internet of Things 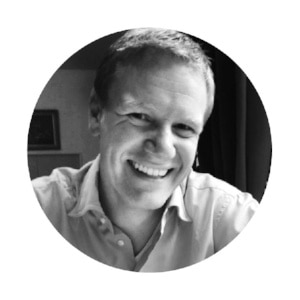 The term “Internet of Things” is an umbrella keyword for all applications related to the extension of the internet and the web into the physical world. This extension is realized through spatially distributed devices with embedded identification, sensing and actuation capabilities (1). In simpler words, IoT is a global network of machines and devices capable of interacting with each other through online applications.
The interconnected objects in this network do not only collect information from their environment, they also use exist- ing internet standards to provide services for information transfer, analytics, applications, and communication. You can find IoT applications in both the consumer market and in business applications, varying from a relatively simple connection between a smartphone and a thermostat to a global network of integrated systems that offer many services to their users combined. Think about automation and industrial manufacturing, logistics, business and process management, services, and intelligent transportation of people and goods (2).

Fun fact. The term “Internet of Things” was first documented by Kevin Ashton from the Massachusetts Institute of Technology in the year 1999 (3). At the time, the term was used to describe a networked system of autonomously interacting and self-organizing objects and processes. Not very different from today’s interpretation of IoT, but incomparable in terms of usage!

In literature, interested readers will find two perspectives on IoT, which are a Things-oriented and an Internet-oriented perspective (4). However, there is also a quite new, third perspective that is semantic-oriented, which is all about the knowledge that is derived from IoT information flows (5). None of these perspectives or orientations is right or wrong, as IoT can have different end goals. The term is used for a wide array of applications, some of them resulting in devices working autonomously (Things-orient- ed), others integrating multiple systems (Internet-oriented), oth- ers gathering relevant data that can be interpreted to optimize performance and processes (Semantic-oriented). Hence, IoT of- fers value in three ways:

In an ideal situation, you are able to offer value in all three ways at the same time, which is not unthinkable, as you can use the same application to control your devices, gather relevant data, integrate them with other data, and use the information to improve your products and services. This way, you optimally use the three main IoT components, which are the Internet, a Thing and Information flows. In the picture below, you see how they collaborate:

It is obvious that the Information Service Provider plays an essential role in this IoT triangle. It allows businesses to create services for their customers by getting them into contact with a ‘thing’, which can be pretty much everything, from a lamppost to an airplane. In most cases, IoT information flows come together on an online platform, where they are stored, integrated, and analyzed. This is what we call cloud computing.

When starting with IoT, there are three ingredients that you should know about: IoT applications, middleware, and cloud computing. We will briefly discuss them in the upcoming sections.

First of all, let us zoom into IoT applications. Whereas networks only provide virtual connectivity, IoT applications enable device-to-device and human-to-device interactions. Not only do they exchange data, they also make things happen in the physical world (6). IoT applications are the messenger that realizes a per- fect integration between distributed systems and devices, and can be divided in three categories:

(1) web-based front-ends and portals,
(2) dashboards, and
(3) interactions with systems outside the network (so-called APIs).

The last one is particularly impor- tant, as APIs enable information exchange beyond the boundaries of a corporate system or network, which means that they can integrate and connect pretty much everything.

This is  the  software  layer  that  enables  software  developers to connect IoT applications to one another (6). This may sound complex, but the power of middleware lies in its simplicity; each and every single device, system, and software application has features and software services that are not directly relevant to the specific IoT application. Therefore, middleware only takes com- ponents that are needed for IoT integration, and hides all abundant technologies. So instead of translating all languages into one common one, middleware only takes the words that are necessary for communication, just like you would do when you are in a foreign country. You would not learn to speak French fluently when all you need is a baguette, would you? Instead, you take what you need and find the right translation for it, so your message will come across and people get you the things you need. Middleware is just like that, but rather on a much larger scale. An IoT middle- ware architecture abstracts the devices, functionalities, and com- munication capabilities, providing a common set of services and an environment for service composition (2). Being a translator, an integrator, and a manager in one, middleware should always be independent from devices and networks, with the purpose that it can be used to connect devices, systems, and software programs of any kind.

Oh the cloud. It is the magic word of this era. But when talking about the cloud (sometimes even spelled with a capital letter to emphasize its importance), what do people actually mean? And even more important: do they even know what they mean? Simply put, the cloud is an online environment that allows us to simulta- neously share, store, edit, and exchange information. Even though it is an online environment, this does not necessarily mean it is public. Organizations can choose to take their systems and pro- cesses to the cloud, but still keep them private. It provides them with an ideal back-end solution for handling huge data streams and processing them for the unprecedented number of IoT de- vices in real time. This makes IoT the biggest consumer of cloud computing (8).

In the introduction, we discussed some examples of IoT domains, such as healthcare, education, and agriculture. Obviously, there are more. IoT appears in many forms and is not restricted to spe- cific sectors. Making sense of all these examples and applications can be quite challenging, but it is essential if you want to get to know the concept you are dealing with. Accordingly, we will give you an overview of the existing domains in this chapter, so you get an idea of the scope of IoT.

Regardless of the domain, IoT applications can be used for information and analysis (Internet-oriented and semantic-oriented), or automation and  control  (things-oriented),  as  you  can  see  in  the scheme below:

Do you want to read more about IoT? Download the book Switch on Your IoT!

René Wiersma MSc MBA is an Enterprise Architect at Yenlo and has more than 15 years of experience in helping organizations designing and implementing strategic and operational business and IT solutions. With an MBA degree in Business & IT, a Master’s degree in Enterprise Architecture, and a long history in programming, he has built expertise in both business and technology, which enables him to easily shift from exploring strategic opportunities with board members to exploring technological features with developers.

All blogs by René