Don’t buy a product, buy a Platform as a Service 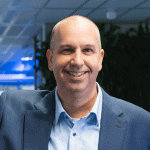 Recently I saw an interview on TV with famous architect Thomas Rau. He is well known for architecting energy producing houses and is in the top three of sustainable people in the Netherlands. The interview was about something you could call ‘the end of ownership’. By that I mean that you do not own things in order to use them. Many of you already know this because you’re using Amazon cloud services instead of buying and managing your own PCs and servers. I don’t like the “Pay what you Own” construction used by many software vendors either. But what interested me most in this video, was the fact that Thomas Rau went to Philips with a very unusual question which in the end created a new business for Philips.

Phillips, a company at that time still known for consumer electronics, medical devices and also lighting, was like all of the manufacturers of electronics: very much focused on the sale of products. Rau asked Philips if he could buy light. Of course, said Philips, we have all kinds of light bulbs. But that was not what Rau meant. He did not want to buy light bulbs or light fixtures. He wanted light, as het called it ‘the function of light’. In other words, don’t sell him anything that creates light, just sell him light. He wanted to buy light decoded the function of light. He explained what he wanted: 300 lux for 1260 hours per year. And, he added: “I do not care how you do it.” Nor did he want to pay the electricity bill.

Philips had carte blanche in the setup to deliver Rau the light he wanted. This was a paradigm shift if there ever was one for a very much product based company like for instance Phillips. Because, as said before, the business model of consumer electronics is pretty much about sales of new products. When a product is broken or end-of-life, they want you to buy new products. Phillips was actually quite hesitant in the beginning to do this, but in the end they went along with making it one of Phillips managed businesses offering: ‘Philips Light as a Service’.

What happened was that Phillips started looking at the design they had been selling to clients. The changes they were making to the design were the direct consequence of the fact that it was no longer a product, for others to install and operate, but a service with quite different characteristics. The possibility to repair and ‘remolish’ in a simple way drove them to a design that supports those demands, now coming from the manufacturer themselves. This also led to a situation that reusability is actually possible since Phillips can make more money if they reuse the existing fixtures. Lastly, since they were also paying for the electricity, the consumption went down with about 30%. Could they have done that previously? Yes of course, but there was no real driver to do that. As long as they are on par with other manufacturers (and there is no clear competitive advantage) there is no incentive to do so. In all, when you buy a function instead of a product, it might be that you a driving improvements (sustainability, maintainability and so on) that other wise would not have happened at that time. You suddenly shift the sum of the design criteria back to the manufacturer. In other words, the design will change because it’s in the manufacturer’s own best interest. Read this last sentence as: “It impacts the bottom line”.

What do you want to buy?

Buy a platform as a Service

Our Connext platform was built specifically for this purpose, enabling you to buy the functions and not the products. Connext is a fully 24/7 hosted and managed WSO2 Cloud platform, running on Amazon. An affordable, scalable and effective solution to support your Digital Transformation, that’s what Connext is. Exactly what so many CEOs, CIOs, CTOs and Enterprise Architects are looking for. Read more at www.connext.com or contact us for more information.

As Co-Founder and CEO of Yenlo, I am an IT-visionair and from the first hour. I believe that digitalization enables companies to grow by creating new channels to reach their customers. Important in such a digitalization journey is to avoid lock-in’s by vendors, technology and budget. Therefore, I am a fan of an API-first, Open-Source first and Cloud-first strategy. Obviously Yenlo’s key-focus services are aligned with these key-pillars by combining WSO2 open source technology with a secure and professional cloud-solution: Connext. Our Integration-Platform-as-a-Service solution for medium and large enterprises. Want to learn more? Contact me or join conferences all around the world where I am a frequent speaker.

All blogs by Ruben