Bas Verhoog has been working for three and a half years at Yenlo. While he was initially hired to work on infrastructure, he ended up working on the Connext Platform. Bas’ role has evolved a lot over time. He has played a significant role in setting up support for Yenlo’s Connext clients. Now that Yenlo is growing, a separate support team is being set up, which means that Bas is more involved in developing the Connext Platform again. 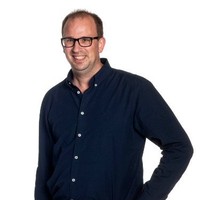 You have to be willing to take responsibility, and you need to be flexible

Yenlo hired me for a totally different role than what I’m doing now. I found out early on that I really like to have direct contact with clients. That’s why I started to provide more and more support. I studied Technical Computer Science in college, and that’s where I found out that I like to build web applications. I really like software development. So, now that we’re building a new support team, I’ll be working more on the development side again. And that’s what I like about working at Yenlo; if you’re interested in doing something, you almost always get to do it. Management is also actively concerned about our well-being. We’re regularly asked if we’re still happy with what we’re doing. And we’re free, within reasonable boundaries, to develop new skills.

“I’m treated as an equal, even though I’m ten years younger and have less experience than my colleagues”

We’re all working on the same thing, trying to deliver the best possible quality

At Yenlo, we’re allowed to take ownership over the solutions we’re working on. It’s not like we’re just following orders. We can give our own creative input. Even though I’m much younger and have less experience than my colleagues, they’re treating me as an equal. They always listen to what I say and are open to my ideas and concerns. We’re working on a complex product, which makes for a broad scope with lots of versatility. And yes, sometimes there’s a problem, and you think to yourself: uh… what? But, I think everyone working in IT loves to solve a good puzzle. In 3,5 years, I’ve learned so many things. We’re now also incorporating new technologies, for example. And we also get to code every now and then. There’s just lots of variety daily, which keeps the job interesting.

Our team is like a group of friends, we work hard, but we also play hard

We’re a close-knit team at Yenlo. It’s like a big group of friends working together. It’s not like we’re constantly seeing each other outside work or that we’re playing video games every weekend, but we do visit each other regularly. Sometimes, we go out for drinks together. It’s just fun to work with the team. And in the office, we also have a recreational space where we can play air hockey, pinball, and arcade games. So we do make time to bond over those games. And it’s not like anybody will tell you that you’re playing too much. We get a lot of freedom, but most people working here are pretty responsible. We all have the same “work hard, play hard” mentality. It’s very inspiring to work with a team of such passionate people.

All blogs by Peter

Prev
Working with MyAccount in Identity Server 5.11.0
Next
What is API Management?